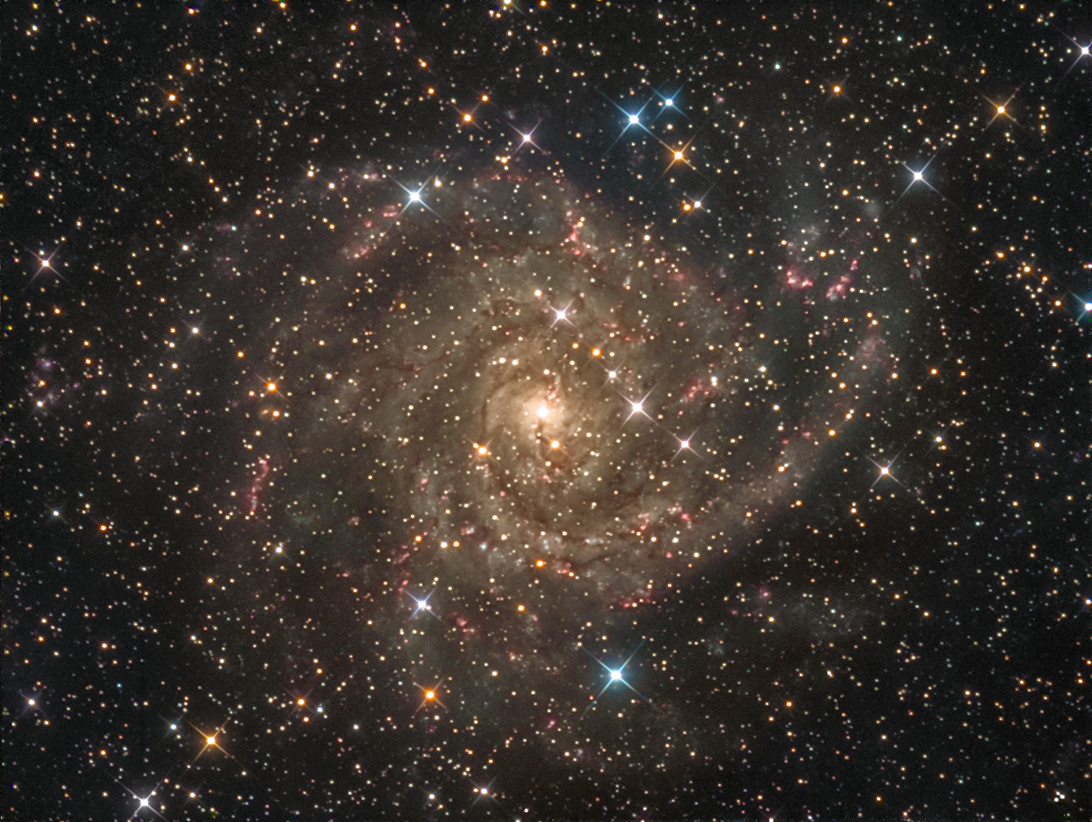 
IC 342 (Caldwell 5) is a face on spiral galaxy located in the northern constellation Camelopardalis.  The galaxy's location is only a few degrees above the Milky Way's galactic equator making it difficult to observe.  The intervening gas and dust of our galaxy dims the apparent brightness of IC 342 an estimated 2.5 to 3 magnitudes.  This galactic material also reddens the image due to a phenomena known as blue extinction.  As a result of its obscured location, IC 342 is known as "The Hidden Galaxy".  he obscuring material makes determination of the distance to IC 342 difficult with estimates ranging from 7 to 11 million light years.  This places the galaxy relatively close to the Milky Way.  Edwin Hubble first thought the galaxy was a member of the Local Group but it has been determined to be one of the brightest members of the Maffei Group which is one of the closest galaxy groups to the Local Group.
1 https://en.wikipedia.org/wiki/IC_342