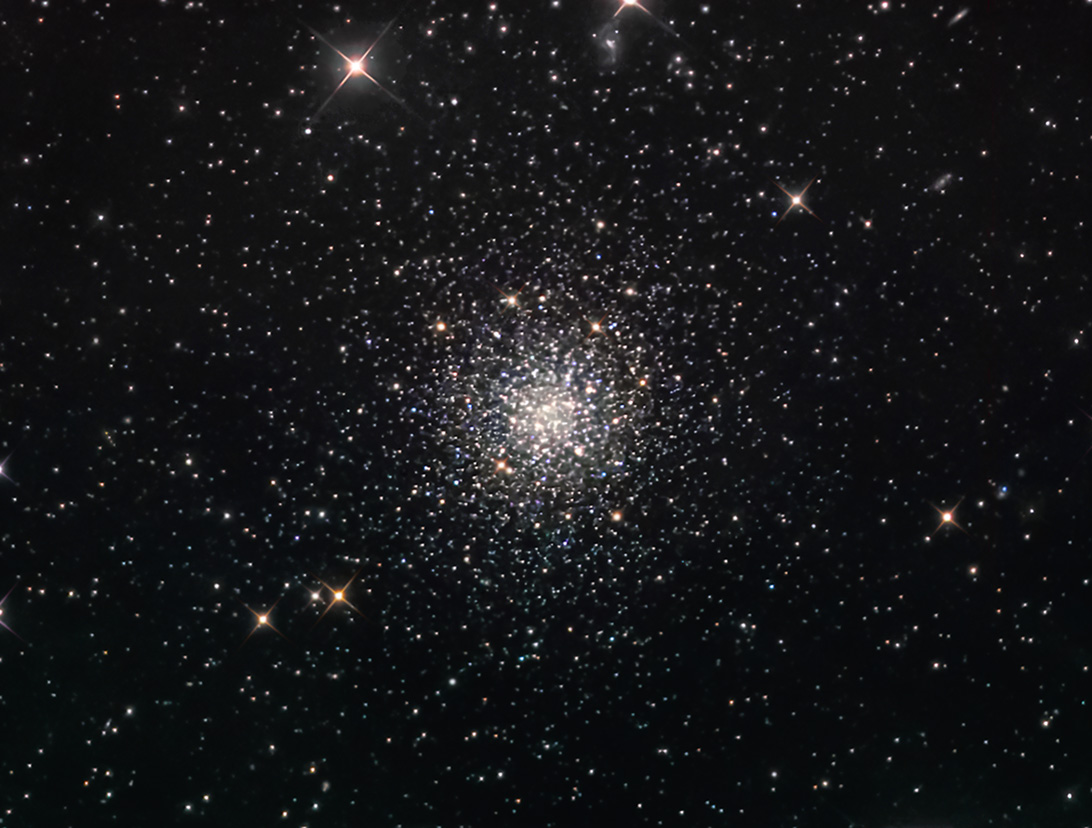 M68, as listed in the Messier Catalog, is also designated NGC 4590.  It is a globular cluster located approximately 33,600 light-years from the Earth in the constellation Hydra.  The cluster's southerly location makes it a difficult target for northern observers.  The cluster measures about 106 lightyears in diameter and has a relatively compressed core that may be undergoing core-collapse.  M68 orbits within the Milky Way in a highly eccentric path that takes it as much as 100,000 light-years from the galactic center.  M68 may be the core of a companion galaxy captured by the Milky Way.  The stars that make up the cluster are metal-poor which, in astronomical terms, means they have a low content of elements heavier than hydrogen and helium.